Last year T.P. debuted "The Golf Comic Book", a collection of golf cartoons which sold out its original press run of 20,000 books, making it one of the most popular golf humor books never to be sold in stores based off his material as a stand-up comedian and shows he's performed at corporate golf events

Showtime, HBO, Comedy Central and major networks have showcased T.P. Mulrooney's uncanny ability to bring a world of characters to life on the standup comedy state. now he brings the world of golf to life in this collection of cartoons, all of them holding to T.P.'s philosophy to be funny about the game without making fun of the game. Jimmy DaPro, the feature character here, will be the hero of his next book.

Meet Jimmy DaPro, "Golf Pro to The Mob". His job is complex. He has to ameliorate the South Side Chicago culture of compromised ethics with the unbending rules of the game of golf. Jimmy's an amalgam of characters I met in eight years of living on Chicago's fabled South Side, "the baddest side of town" (according to song lyrics by the late Jim Croce) and the place I learned to play golf. In reality, it's not so bad as it is colored by the hand of crooked politicians, judges and other public officials and , of course, The Mob.

That being said, the South Side is a pretty darn good place to live, "normal" even, as soon as you learn to accept that normal means getting a great deal on a set of tires that the private seller swears fell of the back of a truck!

TP's Cancer Survivor Comedy is not for everyone. TP's personal cancer success story...

“After cancer, people said ‘You must have a renewed lease on life’.
No. Because that lease had some fine print that said..‘will get cancer’. So I don’t want a renewed lease.

I want a brand new lease with fine print that says...‘Will often be mistaken for George Clooney’.” 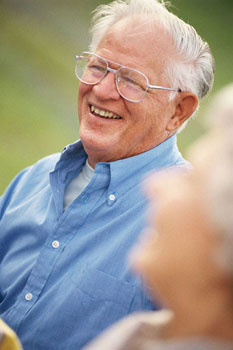 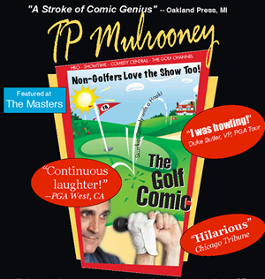 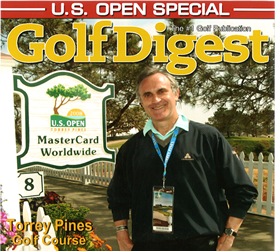