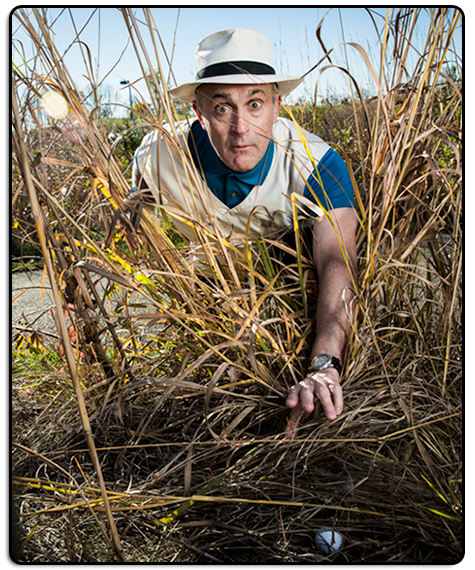 The Good, the Bad and the Bugli
The Nibbler
The Prisoner Caddy

Man Walks Into a Bar,
The bar is in a clubhouse, and the man is T.P. Mulrooney, a seasoned entertainer known as the golf comic. But don't Despair. He's not inclined to trot out the same tired yucks that so often pass for humor in his favorite sport....

The laughter never stops when you hire the only person in the country known as The Golf Comic! T.P. Mulrooney is a stand-up comedian and corporate golf entertainer providing hilarious entertainment mostly for PGA™ events, country clubs, and charity golf outings across the nation.

He started his comedy career in the clubs of Washington, DC, and New York while still attending the University of Maryland as a journalism student. It didn't take long before Showtime™, HBO™, Comedy Central™, The Golf Channel™, and other major networks showcased his captivating talents. The Chicago Sun-Times called him "the best observational comedian in the business" for his ability to transform personal experiences and viewpoints into stand-up bits everyone could enjoy.

Then, a new life experience transformed him and his art - golf. T.P. was hooked! His love of the game overtook him and his comedy act. Deciding not to fight this new focus, he became a golf comedian for fellow golfers and found his target audience at hundreds of corporate and charity golf